Interview to Jonathan Burroughs Co-director and co-writer of Virginia a first person graphic adventure game by Variable State available for PC, PlayStation 4 and Xbox One from September 22nd.

GameSource: In Virginia we can see inspirations from old TV series like Twin Peaks or, more recents, like True Detective. Do you have a TV show in particular that can be compared to Virginia?

Jonathan: Certainly in the early day of the project, Twin Peaks and The XFiles provided useful inspiration. And I think to a great extent the completed Virginia shares some of their characteristics, particularly their tone and atmosphere. But I’d be reluctant to give the impression Virginia was a Twin Peaks simulator or a pastiche of its inspirations. Virginia’s story is a production of almost 3 years of decisionmaking and iteration. And has involved the contributions of three separate writers; myself, Terry Kenny (Virginia’s art director) and Lyndon Holland (Virginia’s composer and sound designer). Broadly speaking, Virginia shares much with the police procedural genre. Amongst the creative team we find ourselves referencing Dashiell Hammett or Cagney & Lacey as much as recent crime dramas.

GameSource: We are in front of a style that remind TV series and movie but instead of a game divided in episodes, you choose to make a single shot. Why did you make this choice? Maybe will we see other titles like Virginia?

Jonathan: Actually, for a long time we did anticipate Virginia becoming an episodic series. My friendship with Virginia’s codirector Terry Kenny had formed both our of our love of 1990s American television and our interest in the independent gaming scene. Particular games like Kentucky Route Zero. And we could see that a serialised game story would present interesting creative challenges. And would be a good fit thematically for the stories which had inspired us. But for a variety of reasons we departed from this line of thinking. And eventually resolved on Virginia being a complete, single, standalone story. One which ends with no cliffhangers or the promise of a sequel. In part it was an ethical decision, in that it felt disingenuous to only tell part of a story and leave people hanging expecting something incomplete to some day be finished. But also because the ideas which we were interested lent themselves to a story with closure. And to a complete, selfcontained arc. What I would say is that, much like the recent Fargo TV series and like True Detective, Virginia would be ideally suited to an anthology series format. With new stories involving different characters, different settings and in different time periods, but which shared the themes and atmosphere of the original game, all existing within a shared format. We’ve certainly discussed some potential wholly original ideas for new Virginia stories and it’d be fascinating to see them realised.

GameSource: Trying the demo and watching the trailers there is a particular thing that impressed us: we’re talking about the colors and the pastel style used for the game. But Virginia is a noir title too, where colors are usually tending to dark, can You explain this “colorful” choice?

Jonathan: In part it was in our desire to create our own exaggerated interpretation of the real Virginia. To take the picture postcard beauty of the real world location, with its sweeping forests full of autumnal colours, and make that the basis for our setting. And as we pursued this we became more and more attracted to a particular set of colour palettes and to an illustrative, painterly style, with bold delineations between hues and a graphical, poster art quality. It was largely a product of slow, gradual iteration over many months. But I do think it complements the somber, melancholy tone of the storytelling. As vivid as the environments in Virginia sometimes are, the overall sense is of a place just on the brink of summer coming to an end. And bright sunlight on the verge of being hidden behind an overcast sky.

GameSource: The demo was surrealistic and reminded us the best Lynch, even the final game will have these surrealistic cuts or you just wanted to give a taste about the various scenarios and situations to the players?

Jonathan: It’s interesting you use the term “surrealistic” as for me Virginia is a very precise piece of storytelling. When writing something a story with an unreliable protagonist whose perception can’t entirely be trusted, there’s a risk of creating imagery which is so abstract it feels arbitrary. We were very mindful of this. And so, at least for me, there’s no redundancy at all in Virginia. Every image is supported by an idea. And I am confident for each individual who plays it there will be specific personal meaning and emotion to be drawn from each moment. For me, my favourite art is art which isn’t totally literal and invites investigation and personal appraisal. I hope we’ve achieved some measure of that with Virginia.

GameSource: Can you explain us the choice of a first person view in this game? Nowadays It seems unusual compared to other graphic adventure games.

Jonathan: It was essential if we were to feature scenes where the main character’s perception was to be unreliable. I hope this isn’t a spoiler, but a number of scenes have the character of daydreams or hallucinations. And the best way to convey these ideas was for the player to experience events as the main character would. To embody the character completely. And more broadly, it meant for a more intimate roleplaying experience to inhabit a character and feel as though you were sharing in their experiences, which perhaps would have been slightly diminished from a removed perspective. I also particularly enjoyed the opportunity for our team of animators to create the first person performances they did. There are some lovely moments in the game, both strange and mundane, many of which involve scenarios I don’t believe have even been seen in a video game before.

GameSource: What do you think about the health of the graphic adventure games today, in 2016?

Jonathan: I personally feel it’s a more rich and vibrant genre than at any point in its history. Right now adventure games encapsulate everything from Firewatch to Night in the Woods to Samerost to Depression Quest. And the genre can easily be stretched to include a variety of action games and immersive simulation games too. Beyond the adventure genre, game enthusiasts seem to be fascinated by advances in game storytelling, as can be seen in the success of projects like Her Story and Papers, Please. I don’t think games have ever known a time with more creative diversity than the period we are in now. And my hope is this artistic explosion will continue and lead to bold, new, provocative art which challenges and surprises. 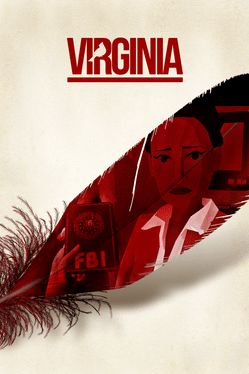